First thing is first, Happy New Year! – I celebrated the new year last night by indulging in lots and lots and lots of alcohol and got a tiiiny tiny bit drunk, as we all probably did, and welcomes the new year with open arms and lots of Spirits. It was the perfect closure to the year to be honest, I haven’t really enjoyed 2016 in the way that I would’ve liked to, but this year was still full with highs even though there seemed to be more lows.

To be honest, I’ve thought and thought about 2017 for the past month, as well as evaluating my 2016. There’s memes everywhere about how 2016 was awful, and to be honest, I don’t think it was awful awful, I think that’s slightly an exaggeration, but things could have been better.  So, with that said. My main 2017 objective is to make the most of 2017. Corny? Probably, but fair. I don’t want to be writing another blog post this time next year realizing that I didn’t really make the most of 2017, I want to seize every opportunity pushed my way, make more time for my friends and really make the most of the twelve months that we will live in 2017.

To help me achieve this goal that I’ve set, I’m using this blog post, as well as my notebook, to push me in the right direction. Here are three little goals I want to complete before the year is over.

I don’t think I did enough this year, it seemed like a cycle of work, work, work, work – there was no fun, no play! I’d like to go to a nice event this year or do something that I would never have imagined I could ever do – I want to break out of my comfort zone and out of my shell, which is my main “objective” of the year.

Obviously this one completely depends on my schedule and my friends schedules, but I’d like to make more time for friends and as I said above, have more fun times instead of the repeated cycle of being in the office every day.

I’m a socially awkward turtle, making new friends is a big deal to someone like me as you can probably imagine. But I’d like to make some new friends whilst I make more time for the old, a friendship is something you should cherish every day.

I’ve been lacking in the concert area, I went through a phase at one point where I was going to loads, and then it seemed to fizzle out and it’s been a very long time since my last concert. I’m hoping to see Pvris this year and maybe even get the chance to attend a festival, but that relies on friend schedules (again), so we’ll see how that one goes!

5. Family time is important time, spend time with my sisters as often as possible.

My sister is actually due to give birth this year, she’s going to be a mum! This has made me think a lot lately about how important family is, and mine is growing as we’ll have one new edition! I can’t wait to meet the baby and become an auntie, I’m sure that they will fill up my heart with lots of love. So, I want to make more time to be with my family – as much as possible. Because some day, it’ll be a little bit trickier to make the time when all three of us have our own families.

So there you go! My 2017 goals – they’re all fairly simple goals, and I think that they sound easy to achieve, but when you look at them properly, they’re quite big goals in their own way. Making time for other people and making time for yourself can sound easy but you can actually struggle with that, especially when life get’s in the way. So we’ll see how I do! 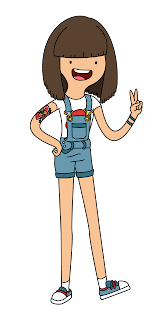 LET’S TALK ABOUT BRAS AND WHY I HATE THEM